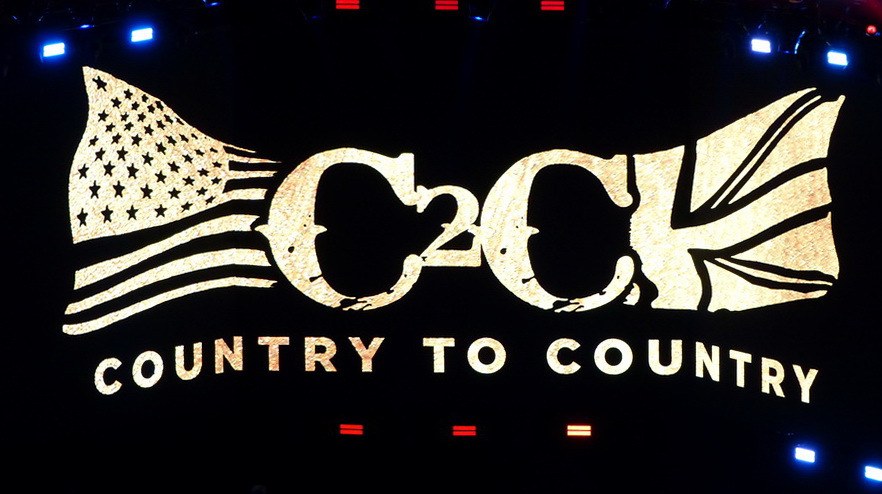 The largest European country festival C2C – Country To Country took place from 09.-11.03. this year . For the sixth time already, the organizers brought the big stars from Nashville to London, Dublin and Glasgow. (Our report always relates to London in terms of time!). In addition, there were numerous great, well-known singers in London, as well as real newcomers on the numerous outdoor stages of the O2 Arena.

Since various construction measures were pending in the O2 arena, the organizer had to reschedule something compared to recent years. So, for example, the popular TownSquare had no more space in the hall and got a short hand own tent. In this one you found, Western and CD booth’ and also a lot places with food and drinks. Actually, a good and quite well implemented idea. I think they should think about the size again, remembering the waiting times on Saturday.

But let’s talk about the most important thing of the weekend, the music!

There was a lot on offer this year as well. It started on March 8 and even before the start of the actual festival there were held the traditionally CMA Songwriter Series on Thursday .

On Friday March 9 the festival finally started at 2 pm. Artists like Morgan Evans, High Valley and Danielle Bradbery could be seen. The main show in the O2 Arena with 20.000 visitors, started at quater past 6 with Old Dominion.

Between the “greats” on the main stage, upcoming artists were honored at the Spotlight Stage, also in the arena. On Friday, Morgan Evans and Brett Young got the chance to introduce themselves in the crowded arena. Morgan Evans on the Satalite Stage was followed by his wife Kelsea Ballerini on the main stage. She presented tracks from her current album “Unapologetically” and also played tracks from her first work “First Time”. She thrilled with a varied program framed by some of her # 1 hits like “Peter Pan” or “Legends”. Last but not least, headliners Faith Hill and Tim McGraw entered the stage on Friday night. Of many eagerly expected, the two were certainly the highlight of the evening, for some maybe the whole weekend. They offered a big show with lots of light and footage on the video screens (sometimes a bit too much, so it seemed at times more like Dancing on Ice). Even the stage had been specially rebuilt for the two of them that evening. Tim & Faith thrilled the fans with many of their hits, made some common titles, before both Faith with songs like “This Kiss”, as well as Tim with “Humble and Kind”, performed some of their hits solo.

The only downside was the sound, which was significantly worse for Tim & Faith than for the artists before. But all in all, it was a great start to the festival weekend and that was just the beginning.

Also Saturday had a lot to offer. You could see a lot of artists playing on the “smaller” stages. Such as Levi Hummon, Lanco or American Young. Also, the famous Bluebird Cafe brought another 2 shows (Saturday and Sunday) on the C2C stage in the Building 6. On Saturday there were Mo Pitney, Ryan Hurd and Jillian Jacqueline who excited the audience. With Luke Combs and Kip Moore, two of the “Young Wilds” were in the main stage right next to each other and both offered a really good show. At the latest when Luke Combs started his big hit “Hurricane”, the whole arena sang.

Kip Moore was certainly one of the highlights of the weekend. He offered a great show with honest music without much frills around it. His “Guitarman” was one of the weekend goosebumps moments. After the two gentlemen, the audience witnessed the long-awaited reunion of Jennifer Nettles and Kristian Bush of Sugarland. Well-matched, they delivered a show as if they had never been separated. Good that they are back. The evening ended up with Kacey Musgraves. She had a lot of new songs in her bag and, obviously proud to be a headliner, she brought a great concert to the O2. With the announcement to go on a world tour in October and also to start it in Europe, she caused great cheers.

However, the question must be allowed if a different order of the lineup would not have been better. Because Kacey had it really hard with her great, but rather quieter music after Luke, Kip and Sugarland.

Sunday was just as nice as ,the whole weekend, peppered with performances on the numerous stages, for exapml, they had announced a special guest for the TownSquare stage and this was none other than Sarah Darling. Finally, the evening should have one or the other highlight to offer. On Spotlight Stage, Walker Hayes, Russell Dickerson and Lindsay Ell were really great artists.

With Midland, the evening started with a great band that thrilled fans with its modern and traditional tunes. Next, Margo Price entered the stage and turned out to be maybe the biggest surprise. The music from CD was rather quiet and very traditional, she offered a mega-show. When she hit the stage with her hit “Learning to Lose”, which she originally sang with Willie Nelson, his son Lukas took the stage, the fans were hard to hold. The excitement then reached its peak when she grabbed a couple of drumsticks and also showed on the drums what she can. This performance was followed by a living legend: Emmylou Harris, who at over 70 years, shows that she has one of the best and most distinctive voices of country music. The launch of the evening and the entire festival was the most successful country-pop band and for me the best band Little Big Town.

Despite being on tour less than six months ago (in London, among other places), they captivated people like no-one else this weekend.

When the first notes of Girl Crush sounded, the hall raged. In fact, with Little Big Town, the organizer has managed to put maybe the highlight of the weekend at the end of the festival and bring C2C 2018 a dignified conclusion.

At the End I just can say that it was amazing as always and now we’re looking forward to the next C2C, which takes place from 8th to 10th March 2019, again in London, Glasgow and Dublin.

Until then you can have a look at some impressions from this year’s festival: 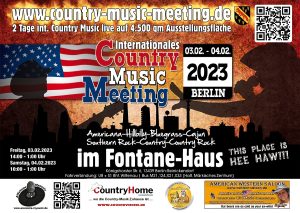