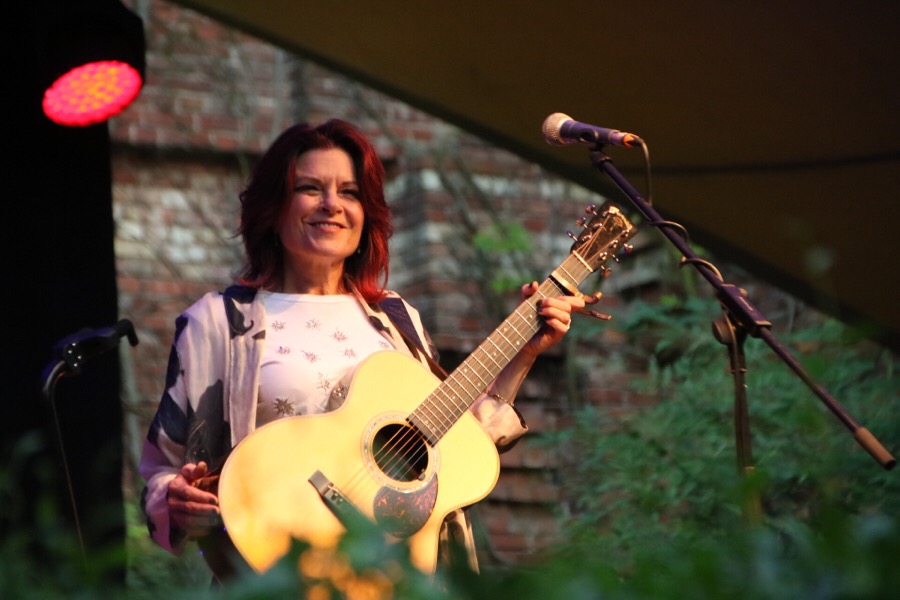 30 degrees outside – an open air concert – a breathtaking location … what more could you ask for a wonderful evening ?!

Yes, that’s how it was on the last day of July, when the long-announced concert of Johnny Cash’s eldest daughter, Rosanne, has taken place in Nuremberg. 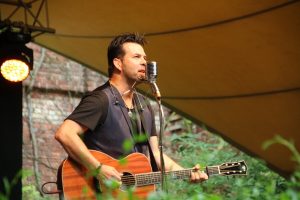 The evening was opened by Markus Rill, a german songwriter born in Frankfurt / Germany, meanwhile living in Aschaffenburg / Germany. He is currently settling in Munich with his wife and child. It will probably end in Austria … (laughs) … yes, and everyone laughed along. Markus Rill entertained the audience with his songs for about 30 minutes with his relaxed style and suitable sayings. 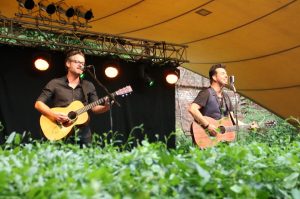 With his accompanist guitarist Maik Garthe he presented songs from his various productions, such as “Hobo Dream” – a record he recorded in Nashville, “Walk on Water” from the album “Dream Anyway” or even “Sarah Stein”.

The last one is a very touching song and even the introduction of Rill’s gave us an idea of ​​what awaits the listener. With the words:

There are three things the Americans associate with Germany: German beer, no speed limit on German motorways and … and there is hardly a better place where such a song fits.

The Serenadenhof is a remnant of the Hitler era. “Sarah Stein” – A song about the Jewish dancer who had to flee from the Nazis.

In this ambience, the song truly touched even more than in other concert halls. 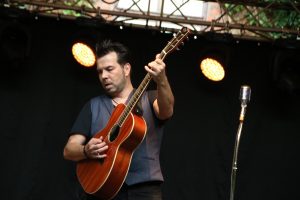 But Markus Rill can also play loose country-, blues-inspired songs. So there were a few smirkers from the audience in his “For the Love of Anne Boleyn”. The song is the story of a past from the point of view of Henry VIII (who was married six times in total).

Yes, Rill can inspire the audience seriously and entertainingly and he has succeeded.

The concert went by quickly and the fans could look forward to the main act of the evening: Rosanne Cash 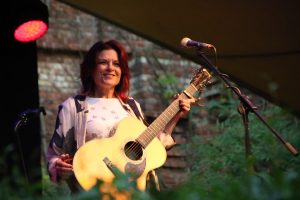 Since she was now on the stage in Nuremberg, for the first time in her career. Although she recorded an album in Munich in 1978, she has never been to the Middle Franconian metropolis. But it was about time. And the fans came abounding and showed their joy with big applause.

The 63-year-old began her concert with “Modern Blue”, a song from the current album “The River & the Thread”.

Followed by more songs from the album, until she said herself, now play something older. (Laughing). 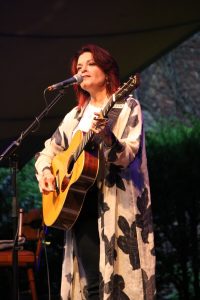 The musician always came across sympathetically with her relaxed, friendly manner, always smiling to the fans, shining with knowledge of German and telling the story to each of her songs and experiencing amusing little details of the musician.

“Blue Moon With Heartache”, “Seven Year Ache”, and “Tennessee Flat Top Box” are just a few of the hits that Rosanne Cash played live that evening.

At the request of the audience, the sympathetic singer “God Is in the Roses” sang, a song from the album “Black Cadillac”, which she recorded after the death of her parents and stepmother. Pure goose bumps.

And for the man we owe it, that this great artist came to Nuremberg, Peter Harasim from Concert Office Franken, she played “September When It Comes” that evening. 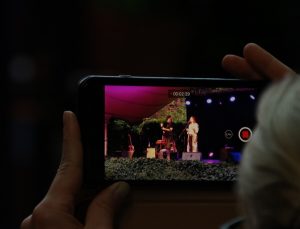 Also, two songs from the album “The List”, which contains songs from a list of the most important country songs, should not be missing. The list she got by her own account from her father Johnny Cash to the 18th Birthday.

“Sea of Heartbreak” by Don Gibson and “I’m Moving On” were wonderful to listen to, not least because of the great guitar playing of their guitarist and husband John Leventhal. 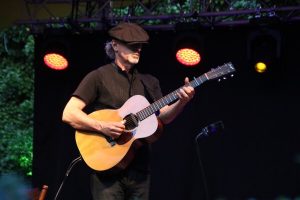 John knows how to use his skills and enchanted the audience with brilliant riffs.

It was he, along with ex-husband Rodney Crowell, who wrote a song for Emmylou Harris, who recorded Rosanne years later, as Emmylou did not like him. 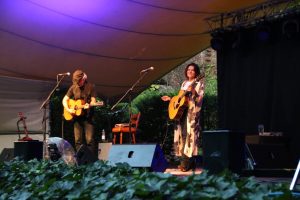 Yes, this wonderful acoustic evening at the Nuremberg Serenadenhof was not only a pure concert, it was a songwriter evening of the extra class. Rosanne Cash managed to thrill the fans from the first to the last title. Rosanne and John were just magical.

With thanks to Markus Rill, with whom she has been friends via social media for 10 years, but got to know him personally and the announcement of her new album “She Remembers Everything”, which will be released on October 26th, the singer and wife said goodbye Songwriter from the stage.

Of course not, without introducing a song from the upcoming album. And you can already look forward to that!

And who knows, maybe Johnny’s daughter will come to us again … we would be there anyway!